Vilnes was recently awarded “Best Male Artist” by Radio-Wigwam (UK) . His last single “Story Unsaid” was listed on national radio (NRK P1). His first single “Demons” was released a year ago. The song was “2 minutes and 40 seconds of indie pop genius”, according to a Nordic Music Review (UK). 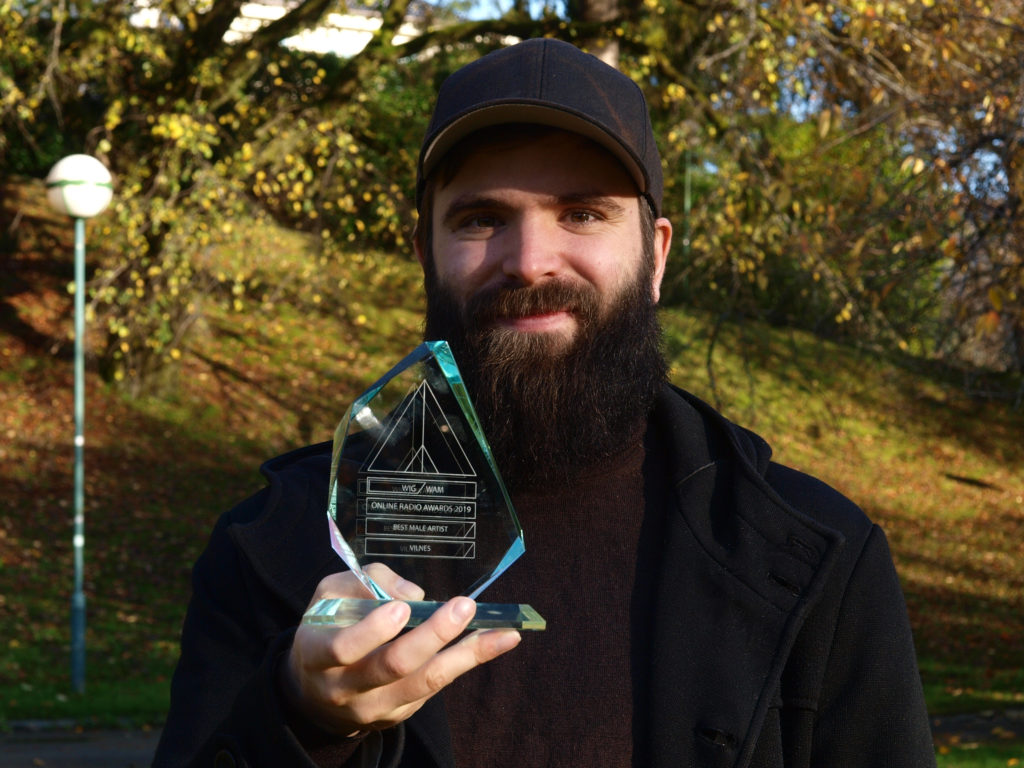 Since late october 2018 singer and songwriter Eivind Vilnes has released 4 songs. They have all been praised by reviewers and radio DJs. Indie radio stations all over the world have played his songs. Several of the songs have also been selected for playlisting by the editorial team of Spotify.

The folks at Radio Wigwam was one of the first to recognise the great talent of Vilnes. The debut single Demons was a part of the radio station’s cavalcade of 2018. One year later Vilnes is awarded Best Male Artist. Vilnes, his band and the management is very about this, and it absolutely inspires us to go on!

Radio Wigwam is a net radio in UK focusing on new indie music from all over the world. Their mix of new music and a curated selection of songs from the history of rock and pop makes a great listening experience for those genuinely interested in music and everyone else.

So far Vilnes has released 4 songs. Lekrofon will soon release the first Vilnes EP. This will include some of the singles, and two new tracks.

In addition to the award from Radio Wigwam, Vilnes has achieved playlisting on national radio (NRK P1) in Norway for 12 weeks with Story Unsaid. Local and regional radio stations in Norway have also played his songs. Radio 102 in the city of Haugesund have playlisted two of his songs, giving him more than 10 weeks on their charts. Indie stations in South Africa, Australia, Argentina and the USA have played the music of Vilnes.

Play With Me and Story Unsaid was selected for playlisting by the music channel of Alex Rainbird (700K followers!). Spotify have selected several tracks for their New Music Friday playlists.

Several new singles is planned for release from early 2020. Follow Vilnes on streaming services like Spotify or on social media to catch up with new releases!

Singstad Music and the label Lekrofon is proud to work with the amazing Vilnes and his magic band. And thanks again to Radio Wigwam for bringing attention to the new music of today!